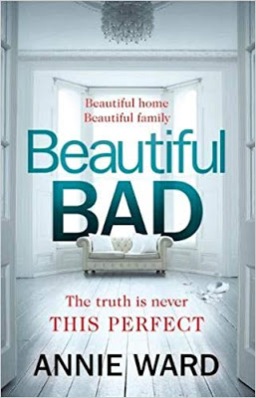 Things that make me scared: When Charlie cries. Hospitals and lakes. When Ian drinks vodka in the basement. ISIS. When Ian gets angry. … That something is really, really wrong with me.

Maddie and Ian’s romance began with a chance encounter at a party overseas; he was serving in the British Army and she was a travel writer visiting her best friend Jo. Now almost two decades later, married with a beautiful son, Charlie, they are living the perfect suburban life in Middle America. But when a camping accident leaves Maddie badly scarred, she begins attending writing therapy, where she gradually reveals her fears about Ian’s PTSD; her concerns for the safety of their young son Charlie; and the couple’s tangled and tumultuous past with Jo.
From the Balkans to England, Iraq to Manhattan, and finally to an ordinary family home in Kansas, sixteen years of love and fear, adventure and suspicion culminate in The Day of the Killing, when a frantic 911 call summons the police to the scene of shocking crime.
But what in this beautiful home has gone so terribly bad?


The majority of thrillers are told at breakneck speed, grabbing the reader’s attention and rushing towards the big reveal. By comparison, Beautiful Bad is a thriller that demands patience.
The story begins with a 911 call originating from a upmarket neighbourhood in Meadowlark, Kansas. Upon attending the scene, police officer Diane Varga finds a pool of blood and evidence of a struggle. Who is the victim and who is the perpetrator…?

Skipping back 12 weeks, we are introduced to Maddie Wilson and the story begins, being told through a sequence of chapters that alternate between flashes from the present, letters written as part of writing therapy sessions and flashbacks from key moments in Maddie’s past.  Once a budding travel writer living in the volatile Balkans, Maddie is now a dutiful wife to Ian and mother to Charlie living in small town USA. Ian is a former soldier now working in private security overseas. As the story progresses, the reader is quickly led to wonder what has happened to Maddie that causes her so much fear and anxiety. The story is very well plotted and the three narrative threads, skipping between time periods and narrators, allow the tension to build at a steady pace. The author carefully reveals clues to the reader at specific moments throughout the story, allowing the layers to be gradually peeled back.
It is clear from the start that both Ian and Maddie are unreliable narrators and the story is infused with a darkness from the very first, covering issues such as mental health, PTSD, alcoholism, paranoia and violence. As Maddie’s therapy sessions with the unconventional Cami J progress, Maddie and Ian’s relationship is explored in more depth, both the good and the disturbing. We also learn more about Maddie’s relationship with her former best friend, Joanna. It is a story that will cause the reader to reflect on how past trauma can slowly leak into the present. The author is in no rush and takes her time to show how the past can have such a significant impact on the present. It is sad to see how the exuberance of youth is slowly extinguished by experience, trauma and regret.
On a slightly brighter note, I loved the strong sense of place within the story. The tale takes us from Bulgaria to Macedonia and then on to the USA, during which the author uses descriptive and evocative prose which allows the reader to experience these places referred to within the story. I felt not that I was being told about a location, but rather that I was experiencing that place for myself.
There is nothing more satisfying in any book than a good ending. As part of a publisher’s challenge, I had to email Quercus with my prediction for the ending when I reached page 328. Looking back on my email I think I was pretty close to working out the ending, although there were still a few surprises left for me. Ultimately, the tale culminates in a wonderfully twisty yet satisfying ending.
Beautiful Bad is a tense and tightly plotted domestic thriller that will grab a reader’s interest from the very first page. It is intelligent, thoughtful and chilling. A perfect choice for those who appreciate a suspenseful mystery or a bit of domestic noir. 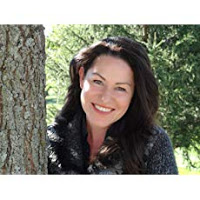 Annie received a BA in English Lit with an emphasis in Creative Writing from UCLA and an MFA in Screenwriting from the American Film Institute. While studying at AFI, she sold her first short screenplay to MTV/ BFCS Productions. Starring Adam Scott, STRANGE HABIT became a Grand Jury Award Winner at the Aspen Film Festival and a Sundance Festival Official Selection.

After film school, Annie moved to Eastern Europe to work for Fodor Travel Guides, covering regions of Spain and Bulgaria. She remained in Bulgaria for five years spanning a civilian uprising and government overthrow. The novel THE MAKING OF JUNE, which Annie wrote with the Bulgarian revolution and Balkan crisis as its backdrop was sold to Penguin Putnam and published to critical acclaim in 2002.

During Annie’s five years in the Balkans she received a Fulbright Scholarship, taught at the University of Sofia, and script doctored eight screenplays for Nu-Image, an Israeli/American film company that produced a number of projects in Bulgaria for the SyFy Channel. She was later the recipient of an Escape to Create artist residency.

She lives in Kansas City, Kansas with her family.