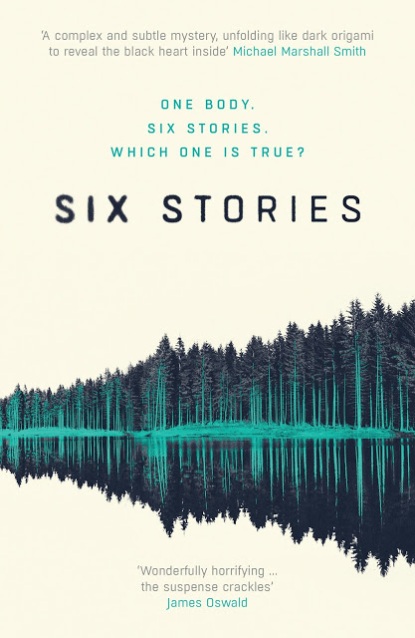 I am delighted to be today’s stop on the blog tour for SIX STORIES by Matt Wesolowski.

Blurb
1997. Scarclaw Fell. The body of teenager Tom Jeffries is found at an outward bound centre. Verdict? Misadventure. But not everyone is convinced. And the truth of what happened in the beautiful but eerie fell is locked in the memories of the tight-knit group of friends who embarked on that fateful trip, and the flimsy testimony of those living nearby. 2017. Enter elusive investigative journalist Scott King, whose podcast examinations of complicated cases have rivalled the success of Serial, with his concealed identity making him a cult internet figure. In a series of six interviews, King attempts to work out how the dynamics of a group of idle teenagers conspired with the sinister legends surrounding the fell to result in Jeffries’ mysterious death. And who’s to blame … As every interview unveils a new revelation, you’ll be forced to work out for yourself how Tom Jeffries died, and who is telling the truth. A chilling, unpredictable and startling thriller, Six Stories is also a classic murder mystery with a modern twist, and a devastating ending. FOR FANS OF SERIAL
Review
SIX STORIES, the debut novel by UK author Matt Wesolowski, really is a breath of fresh air for the crime & thriller genre.
The novel appears to have been inspired by the hugely successful podcast “Serial”, of which I was a huge fan. Of a similar format was the popular Netflix TV series “The Making of a Murderer”. Both programmes explored cold cases, re-examining evidence and witness testimony, enabling the listeners/viewers to reach their own conclusions about the guilt of the accused party.
SIX STORIES is therefore a very current and relevant take on the usual crime/thriller genre. It tells of a similar format whereby a mysterious masked host, Scott King, produces a podcast in the case to be investigated is that of a boy who went missing 20 years earlier in Scarclaw Fell.
The format of the book is original and worked very well. The novel is set across the six episodes of the podcast and is interspersed with thoughts from Henry Saint Clement-Ramsey, who discovered the victim’s body. It took me a few chapters to fully get to grips with the layout and I found that I had to concentrate whilst reading – I certainly couldn’t skim-read the chapters! The format allows the story to be told from a number of different viewpoints, as the witnesses are re-interviewed. This gives the reader the opportunity to hear the witnesses’ evidence and to consider which of the witnesses, if any, are reliable and what secrets they may be withholding from the listener.
The narrative is truly gripping and after the first few pages, I really struggled to put the book down. The writing is very well-executed and Wesolowski certainly knows how to create atmosphere! There is an eeriness to the tale which really did make my spine-tingle, especially in the last third of the book. The way the story is broken up into chunks allows the intrigue and suspense to continue building as the layers are slowly peeled back.
The plot is unpredictable. I was never sure exactly where the tale was heading and there were certainly some unexpected revelations as the story progressed. Whilst the tale is essentially a crime thriller, it does dip its toe ever so slightly into the horror genre and having read Wesolowski’s bio this should not come as a huge surprise. He manages to walk a fine line between the two genres and, as a result, presents the reader with a gripping and chilling tale.
With regards to the characters, we do not hear the thoughts of the witnesses and therefore we only learn what they want us to know or what their former friends are willing to tell us. The exception is that of the boy who discovered the body. It is unusual to have a book based largely on narrative rather than internal monologue. Of particular interest to me was the dynamics between the characters, the majority of whom were teenagers at the time the events took place. It drew my mind back to my own high school years and the politics that is played out between different social groups both inside and outside of the school gates.
SIX STORIES is a clever, original and captivating debut from gifted storyteller Wesolowski. If you are looking for a book that is suspenseful, eerie and a little bit unique, I would certainly recommend SIX STORIES. I will most certainly keeping an eye out for this author in the future. 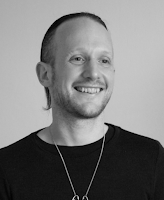 Matt Wesolowski is an author from Newcastle-Upon-Tyne in the UK. He is an English tutor for children in care and leads Cuckoo Young Writers creative writing workshops for young people in association with New Writing North.
Wesolowski started his writing career in horror and his short horror fiction has been published in numerous magazines and US anthologies.
Wesolowski was a winner of the Pitch Perfect competition at ‘Bloody Scotland’; Crime Writing Festival 2015 and his short crime story ‘Tulpa’ was subsequently published in the Northern Crime One’ anthology (Moth Publishing 2015). His debut crime novel ‘Six Stories’ will be available through Orenda Books in the spring of 2017
You can follow Matt on twitter @concretekraken and his blog can be found at https://mjwesolowskiauthor.wordpress.com/
BUY LINKS
Amazon UK  |  Amazon US  |  Goodreads
Last but not least, if this post has piqued your interest, you can catch up with the rest of the blog tour as listed below. 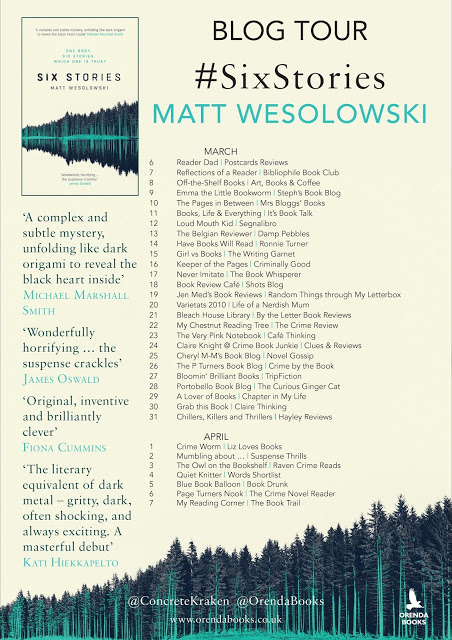