I’m delighted to be today’s stop on the blog tour for The Jazz Files by Fiona Veitch Smith.

“It stands for Jazz Files,” said Rollo. “It’s what we call any story that has a whiff of high society scandal but can’t yet be proven… you never know when a skeleton in the closet might prove useful.”
Set in 1920, The Jazz Files introduces aspiring journalist Poppy Denby, who arrives in London to look after her ailing Aunt Dot, an infamous suffragette. Dot encourages Poppy to apply for a job at The Daily Globe, but on her first day a senior reporter is killed and Poppy is tasked with finishing his story. It involves the mysterious death of a suffragette seven years earlier, about which some powerful people would prefer that nothing be said…

Through her friend Delilah Marconi, Poppy is introduced to the giddy world of London in the Roaring Twenties, with its flappers, jazz clubs, and romance. Will she make it as an investigative journalist, in this fast-paced new city? And will she be able to unearth the truth before more people die?

I must first thank Rhoda Hardie at Lion Hudson Plcfor providing me with a copy of The Jazz Files for review.

My initial view on receiving the book was that the front cover is eye-catching and it certainly made me want to read more.
The story follows Poppy Denby as she arrived in London to stay with her disabled Aunt Dot and her companion Grace Wilson. Poppy comes from a traditional family, whereas Dot and Grace inhabit a different world. They were both heavily involved in the suffragette movement and they encourage Poppy to seek a career of her own.  Poppy quickly finds herself a job as an assistant to the Editor of The Daily Globe newspaper, Rollo Rolandson, a hard-drinking American with dwarfism. She intends to work her way up the corporate ladder until she earns a place as a journalist. However, as luck would have it, her very first day in the office turns out to be a lot more exciting than anticipated, with Poppy ending the day involved in an investigation of her own.
Aunt Dot introduces Poppy to Delilah Marconi, the daughter of one of their fellow suffragettes and an actress. Delilah quickly introduces Poppy into the ‘modern’ world of jazz clubs, dancing and pink champagne. The story is set in the 1920’s and I thoroughly enjoyed the historical aspect to this novel. I love the thought of the ‘roaring’ 20’s era, with the jazz clubs, jaunty music, flapper fashion and a real move out of the Victorian age, towards modern values. My enjoyment of history is relatively new, encouraged by books that I have recently read, and The Jazz Files has prompted me to do some further reading into the political history during that era. It is certainly a fascinating period in English history. It is interesting to read a story, based in that era, which involves strong women. The author has obviously put a lot of effort into her research in order to maintain (for the most part) the historical accuracy of the period.
The author does acknowledge at the end of the book that she has taken some liberties with the time line for the sake of the story. I found that this did not impact my enjoyment of the story in the slightest, however I have already admitted to being unfamiliar with the period in question and other people with more of an interest in that time may have a slight quibble with this.
Fittingly, the female characters take precedence in this story, with male characters either acting in support or playing the villains. The characters are all lively and engaging. I enjoyed reading about Poppy’s determination to succeed against a wall of disapproval. Her friend, Delilah, is similarly eager to live her life as an independent woman. Both the girls are spirited, determined, inquisitive and, to some degree, fool-hardy!
The older women, the former suffragettes, are great characters, all working together for a higher purpose. However, they are flawed characters and that has got in the way of their friendships and their successes. I particularly found the mystery around Elizabeth Dorchester’s incarceration to be intriguing.  We can never be certain of her grasp on reality and, therefore, her tale is unreliable – should Poppy believe what Elizabeth says or is it merely a fanciful story and further evidence of a mental breakdown? Why are Elizabeth’s family so eager to keep her away from the eyes of the world?
Of course, mention has to be given to the loathsome duo, Melvyn Dorchester and his son Alfie – two suitably hateful and delightfully villainous characters.
Poppy and Delilah’s enthusiasm and inquisitiveness lead the reader on an adventure with lively duo. Was Bert Isaacs, The Globe’s politial correspondent, murdered? Why is Elizabeth Dorchester still institutionalised? Was there a dastardly plot behind Aunt Dot’s tragic injury?
Underneath the mystery, there is also a love story between Poppy and The Globe cameraman, Daniel Rokeby. I enjoyed reading a story in which the development of the friendship and relationship is the story, rather than merely lust. It was a delightful tale of friendship, flirtation,and blushes.
I am happy to report that The Jazz Filesis a fantastic book filled to the brim with mystery, intrigue, misogyny and romance, along with a great history lesson of the real origins of ‘girl power’ – a reminder about what those women achieved and how hard they struggled for the benefit of future generations. The Jazz Files is interesting, suspenseful, entertaining and great fun, a real page turner! I am keen to hear more about Poppy’s adventures and hope that book number 2 will be on its way imminently. 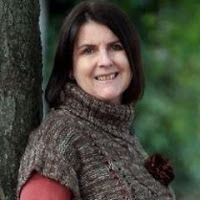 Formerly a journalist, Fiona Veitch Smith is a writer of books, theatre plays and screenplays.

Her children’s picturebooks, the Young David series, are now published by SPCK Publishing.
Her adult mystery series set in the 1920s, Poppy Denby Investigates, is published by Lion Fiction. The first book in the series, The Jazz Files, is available from September 2015.
She is a member of the British Society of Authors and the Association of Christian Writers. Fiona is also the editor of the popular writing advice website The Crafty Writer and her courses attract students from around the world.
She lives with her husband, daughter and two dogs in Newcastle upon Tyne where she lectures in media and scriptwriting at the local universities.
BUY LINKS
Amazon UK | Amazon US | Goodreads

One thought on “Blog Tour: The Jazz Files by Fiona Veitch Smith”