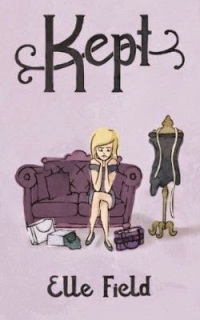 Synopsis
“Did she really just say that? I am fifteen again, except the reality is I am experiencing full parental horror, aged twenty-five. I want to die.”
Life hasn’t quite worked out how Arielle Lockley imagined it would. Becoming the next Coco Chanel was always her childhood dream, but she’s spent the past four years living a dizzying whirl of glitzy parties, luxurious holidays and daily shopping sprees – all paid for by boyfriend Piers – and not doing anything to make her Coco dreams happen.
When the recession hits, it’s not just the economy that takes a tumble and Arielle finds herself living back with her parents, on bad terms with Piers, and having a CV that’s as welcome as a pair of knock-off Jimmy Choos. And maybe it’s the location, but she’s also finding unwelcome thoughts of her childhood sweetheart are popping into her head…
What’s a girl to do? Can Arielle figure out what it is she now wants to do with her life and move on, or will she be doomed to spend the rest of her life dwelling over her worst mistakes, stuck listening to her parents’ embarrassing dinner table talk each night?
A funny romantic comedy, Kept is the coming of age chick lit book that is loved by Shopaholic and Bridget Jones fans. New adult readers will love this hilarious and witty series.
Review
Thank you to Elle Field for providing me with a copy of Kept.
This is Elle’s debut novel and first in the Arielle Lockley series, the second book in the series being due for release shortly.
Arielle Lockley is a privileged women. Raised by loving parents, well-educated and living a life of luxury as the pampered girlfriend of a rich man. However, there is a little voice in the back of her mind pointing out that she gave up her dreams and ambitions and has now reached her mid-20’s without ever having worked a day in her life. When she suddenly finds herself friendless, jobless and living back with her parents, the has to find a way to stand on her own two feet.
Initially, I struggled to warm to Arielle, seeing her only as an entitled and spoilt young woman who demonstrated an appalling lack of respect for her partner, parents and even strangers. However, as the book goes on, you see Arielle’s views changing and I quickly started to warm to her as she turns into a quick-witted, hard-working and independent character.
We don’t really discover much about the supporting characters, other than from a superficial standpoint, as this is Arielle’s story. We have her supportive childhood friend, Obelix; her rich ‘boyfriend’, Piers; her childhood sweetheart, Noah; her disappointed parents and the quirky Felicity.
I struggled slightly with the relationship between Arielle and Piers. Their initial meeting was accidental and he then persuades Arielle to live with him and forsake a career in order to look after him and be available as a trophy wife. One day, he suddenly turns on Arielle and appears to blame her for her failure to work and to contribute financially to the relationship, a situation which appears to be of his own making.
When we meet Noah, her childhood sweetheart, it is not immediately apparent whether he is destined to be her knight in shining armour or whether he is going to be trouble.
Arielle is torn between the two men. Noah was her first love and gave her that first important glimpse of excitement and romance. Does her relationship with Piers live up to those lofty standards? Can she love two different men at once?
As the story headed quickly towards the final page, I found myself feeling almost proud of Arielle for her hard work and focus in trying to get her life back on track.
This was an enjoyable read, full of drama, laughs and warmth – a tale of friendship, family and love. I loved hearing Arielle’s thoughts and her inner monologue, giving an insight into why she keeps acting like she does. I found myself giggling out loud in several places.
All in all, this was a great chick-lit novel and a fantastic debut from Elle Field. I’m very much looking forward to reading more about the irrepressible Arielle Lockley!
Rating: 4 out of 5
Buy Links
Amazon UK – paperback: http://www.amazon.co.uk/dp/1484965604
– Kindle edition: http://www.amazon.co.uk/dp/B00CHCOO7E
Amazon US – paperback: http://amzn.com/1484965604
– Kindle edition: http://amzn.com/B00CHCOO7E
About the Author

Elle Field lives in London. She enjoys exploring and photographing Blighty’s capital, seeing far too many musicals, and eating her way around London’s culinary delights.
Her debut novel Kept was released in 2013, followed by Geli Voyante’s Hot or Not later that year. Look out for Lost, the sequel to Kept, in April 2015. (Available to pre-order now!)
For more about Elle, please read her blog: http://ellefield.co.uk; follow her on Twitter: @ellefie or like her on Facebook:
http://www.facebook.com/ellefieldauthor.